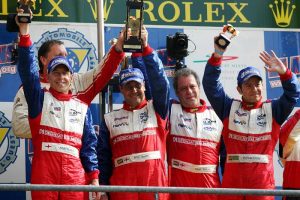 GEN 11 Events is managed by Brazilian-born motor racing driver Thomas Erdos and his partner Sheila Lord. In a distinguished career that spans over four decades, Tommy has twice been a winner in the Le Mans 24 Hours, twice Le Mans Series Champion, and is a former British GT and British Formula Renault Champion.

Together, Tommy and Sheila have been organising VIP Platinum Motorsport Hospitality events for the last 12 years, mainly at the Le Mans 24 Hours, the Le Mans Endurance Series and other GT and sportscar races. They offer a wealth of experience on both sides of the track, enabling GEN 11 Events to provide a unique “behind-the scenes” experience at Le Mans – arguably the biggest motorsport event in the world! 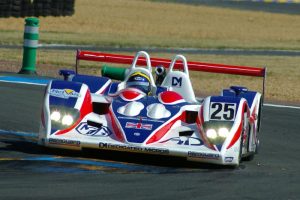 Whether you drive from the UK, Europe, travel by train, take commercial flights or even private flights into the conveniently located Le Mans-Arnage Airport, we can offer advice and support regarding your travel arrangements. We can also assist with accomodation. Le Mans offers an extensive range of places to stay, from historical châteaux and country estates to more modest but generously appointed private homes, many with swimmming pools and large gardens. Distance from the circuit varies from just a few minutes’ away to half an hour or so.

The race is staged on a non-permanent track known as Circuit de la Sarthe, just outside the city of Le Mans. 56 cars start the race and there are two overall classes — Prototypes (out-and-out racecars, similar to F1 cars underneath, but with sleek full-width bodywork) and Grand Touring cars (which are more like the sports cars that are sold to the public). The diversity of cars makes for a fascinating encounter where Prototypes and GT cars race in their respective classes. World renowned brands such as Ferrari, Porsche, Aston Martin, McLaren and Toyota are all represented and the action is often fast and furious between them, as speed differentials can often cause “misunderstandings” between the classes. The winner is the car, driven by a team of three drivers, that covers the greatest distance in 24 hours. 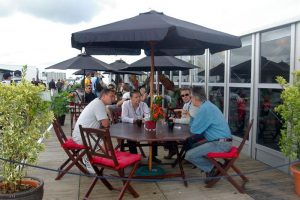 Over the 24 hours, competitors often cover distances of well over 5000 kilometers (3,000 miles), which is roughly six times the length of the Indianapolis 500, and 18 times longer than a Formula 1 Grand Prix.

National Geographic lists the 24 Hours of Le Mans as the Number One Sporting event in the World, ahead of the Olympic Games and the Football World Cup! (Top 10 Sporting Events)

The event represents one leg of the Triple Crown of Motorsport; other events being the Indianapolis 500, and the Monaco Grand Prix.

“There is something extra special when racing at Le Mans. When you climb out of the car and you’re feeling exhausted, an hour later and you can’t wait to get back in!”

Brake discs glowing in the night, headlights blazing, engines roaring down the Mulsanne Straight, follow the triumphs and no doubt some disappointments too! The finish is always an emotional one, and the atmosphere is simply electric! 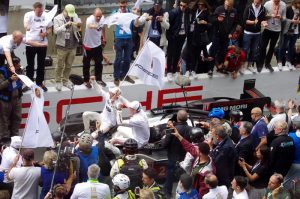 “Stepping onto the top step of the podium at Le Mans was the biggest prize in my motorsport career. I’m lucky to have done that twice, in 2005 and 2006, and with one further visit to the podium in 2010, when we finished third” admits Tommy.

The full itinerary and details of the package can be tailored to suit individual needs. If you would like to discuss a hospitality package at Le Mans, or at any other circuit in Europe, then please Contact us, and we will be happy to discuss your requirements.